In 1987, while searching for a used car in a trading magazine, Lee stumbled upon the personal ad of Donna. Their love grew and a marriage followed. With Lee's business background in fast food and Donna's home economics teaching background, another marriage in the form of Desperado's BBQ was formed. 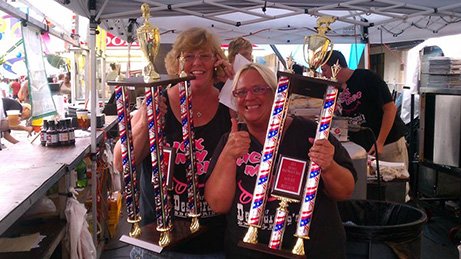 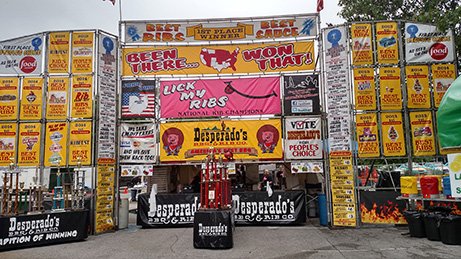 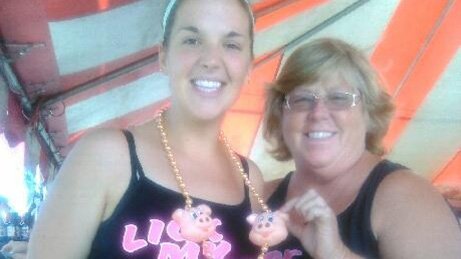 From a small town south of Cleveland, Ohio they traveled across the country winning award after award. Their awards include two times Best Ribs in America national titles including a $15,000 prize.

How do you taste this mouth watering BBQ? Be a "roadie" and follow them across the country and look for the bright pink Lick My Rib stickers at the booth for their homemade barbecue sauce. And if you are an all out BBQ lover, try the Desperado Platter. This platter includes a mound of pulled pork, tender beef brisket and three, falling off the bone, BBQ ribs finished with their special baked beans and cole slaw. This is a platter worth sharing.....if you want to.